A Cauldron Does Not A Dark Goddess Make 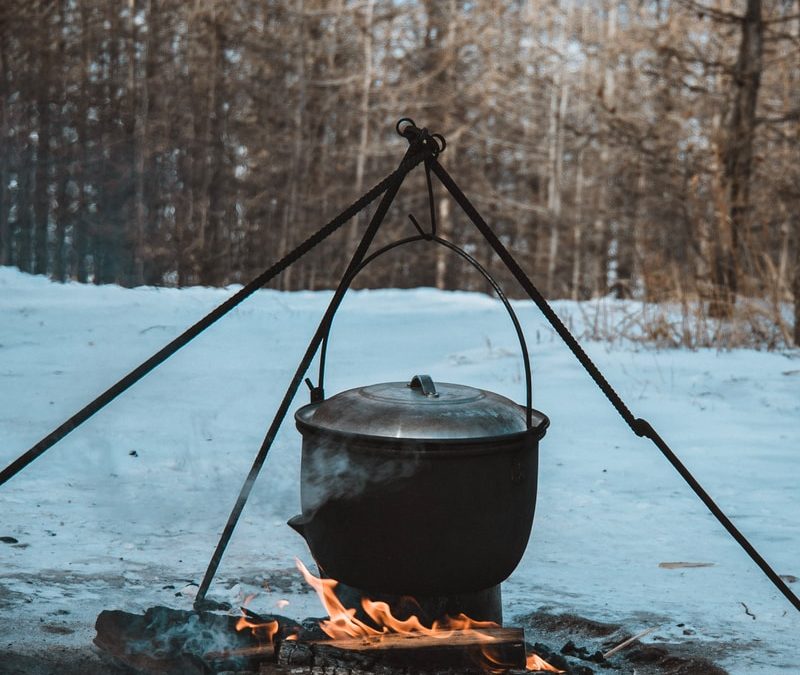 I had the opportunity to listen to Kristoffer Hughes give a talk about Ceridwen at Paganicon 2019 (in the long ago before times).  My big takeaway is this:  Ceridwen is not a Dark Goddess. When I was able to buy his book on Ceridwen, this was confirmed by Hughes’s scholarly research.

My first entry into paganism was learning about the Greek Goddesses, but as I went down my path I grew more interested in “Dark” Goddesses. These are the crone figures. The hag who stands by the cauldron, stirring the bubbling concoction to create the change and force people to confront the darker parts of life. To me, a dark goddess is one who fights.  A Dark Goddess is all the parts of femininity that patriarchy has repressed.  Sometimes out of fear, sometimes out of a need for civility. I would say there has been an embrace of what are often termed darker deities. I suspect because they have been missing from our culture for so long.

Early on, I found a charge of the Dark Goddess.  Unfortunately I can not properly credit the writer, because I didn’t note the source.  For several years, I had a full moon and a Dark moon ritual.  For the  Dark Moon I would light a black candle, recite the charge of the dark goddess, then list everything I wanted to happen, and burn a different type of incense (coiled).

Ceridwen was one of the Goddesses listed at the beginning of the dark goddess charge.  Which is completely misreading her role in the story of Gwion Bach. Yes, she uses a cauldron to make the potion of wisdom. But Ceridwen is the goddess of Awen, the force of artistic inspiration. Now that I have been working with her, she is not the kind of Goddess to force you to face harsh truths, unless it is needed to help your art. Or any more than any goddess who you choose to work with the wishes for you to grow. Yes, she does have association with magic. But remember, in Celtic society poetry was magic.  Yes, she does have an association with transformation and giving birth. But not the death, or the culling aspect that I see as a part of the Dark Goddess archetype.

Cauldrons do have an important place in Celtic paganism. In the story, Ceridwen borrows the cauldron that she uses for the potion of wisdom.  A cauldron is a tool of transformation and powerful magic. But that doesn’t mean every wielder of a cauldron is a Dark Goddess.

The 90’s pagan writers were not scholars, and there were a lot of texts that simply had not been translated into English or that haven’t been scrutinized by scholars. (I talked about problems with pagan lack of scholarship here and here.) Hughes found a wealth of information on Ceridwen that he was able to unlock and bring to the English speaking pagan world—because he is a native Welsh speaker and the historical texts discussing Ceridwen (that are from a surprisingly late date) were in Welsh.

We are now seeing more pagans becoming scholars, and returning to the fragments we have with a different perspective. I suspect there is larger bodies of work that have not been translated to English that contain very useful information for practicing pagans, but are of no interest to non pagan scholars. As pagan scholarship advances, as a community we have to accept there are some things we were wrong about. Goddesses are far more complex than all being in a triad of Maiden, Mother, Crone. Have a darker aspect doesn’t make a goddess a crone. Many of the characteristics that are associated with Dark Goddesses are simply women in leadership roles, which we don’t see in a divine context in Western society very often.

My hope for the future is that good work is being done that non-pagan scholars can build on and use in our practice. That people are doing, and learning as they do, and sharing what they learned. A living religion grows and changes. I can only hope pagans as a community does too.