Making the Call: Reaching Out to Gods 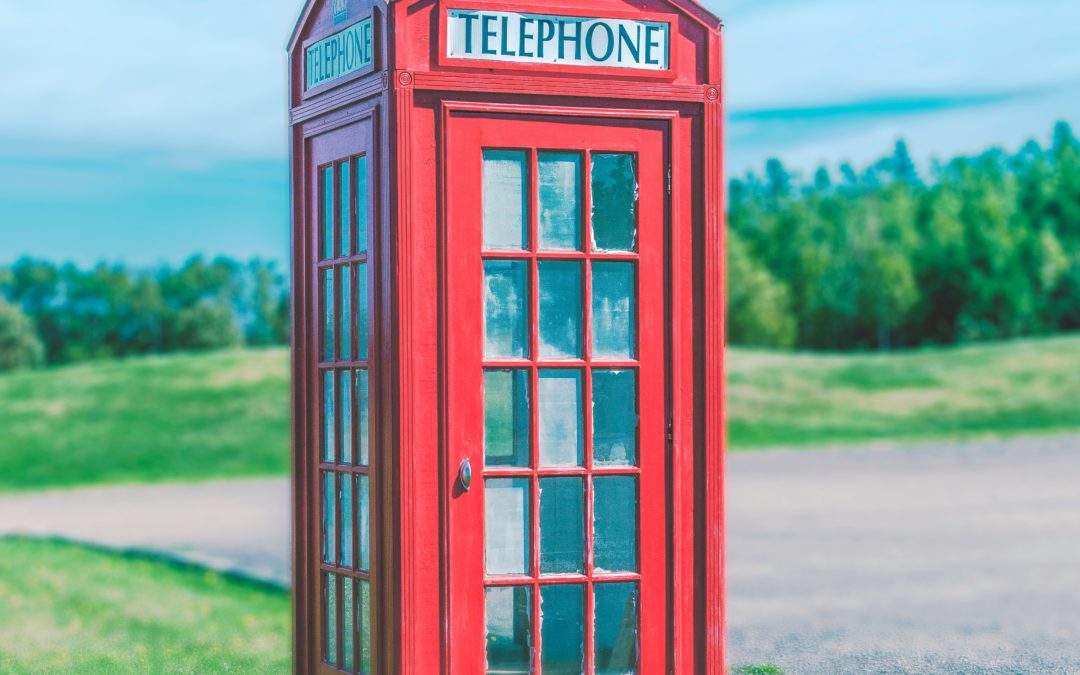 This is the first I in a year long series of beginner Pagan topics. Today I will explore first steps of reaching out to a deity. For any feedback or ideas for future topics, please feel free to either comment below or contact me.

Back in my wee Pagan days the popular books had this advice for beginning pagans:  pick a name from the attached correspondence list and do a spell or ritual and they’ll come help.  Don’t do any more research, all you need to know is what they are associated with. This was probably well meaning, and repeated in numerous places, but totally not a good way to go about making an introduction.  I cringe when I think of the mentality that if you just pick a god from a list it’ll all be smooth sailing.

Polytheism is about forming relationships.  (Not just with Gods, but there will be an upcoming post on approaching other beings.)  If the only time a friend called you was to borrow money you would cringe when seeing their name on your caller ID.  Yes, the gods are a higher power and can definitely help us mortals out of a tight spot (although they are just as capable of pushing us into one so we learn a lesson).  But to start asking for goodies before you have even introduced yourself is just plain rude.

How successful you are in life isn’t a measure of your devotion to whatever deity you worship or the path you follow.  You can’t measure your relationship with your god based on how often you get what you want, anymore than you could measure a friendship solely by how expensive the presents your friend buys you are.  On the flip side, we aren’t mindless servants waiting for a voice from on high to make decisions for us.  Forming a relationship is a two way street.  Having the presence of a god in your life doesn’t exempt you from having to pay bills, and while they can help life in the modern world no one should expect a deity to do the work for you.

To work with a deity is to form a (hopefully) long term relationship which is mutually beneficial.  I am focusing on worship of named gods like Brighid, the Morrigan, Odin or Lugh as opposed to archetypes.  By an archetype I mean gods like the earth mother, goddess of the full moon, the lord of the hunt, etc. which are figures and ideas that are worshiped.  I am a hard polytheist, by which I mean I believe the gods are all distinct and separate entities.   Some of the information may apply to approaching archetypes in a general sense, but I am focused on a god that has a name and specific mythology attached to them. With that definition in mind, below are some general guidelines for approaching a deity to begin a relationship with them.

This is my three Rs of paganism, because you need to do the research in order to develop a practice.  Gods have their own tastes, distastes, and personality quirks.  They all have different ways they prefer to be approached, and it is good to know what you are getting into.

There are definitely more Pagan resources out there than a decade ago.  Academic sources can be very valuable.  They will have a certain slant, and archaeology can be open to interpretation.  But it will give you an idea as to what the consensus is among professionals who study the time and culture.

For the record, research does NOT include watching a Marvel movie, reading your favorite Urban Fantasy book, or the plot line of a video game.  I am not saying you can’t enjoy them, but especially when starting out you need to understand what is actually in the lore versus what is pop culture.  I will be doing a whole post on the pitfall of pop culture, but for now I will simply say most of it is made for a non-pagan audience for the purpose of entertainment and not devotion.

Also, if any source is clearly using said examples for their practice and is not up front about it, it is a red flag.  It would indicate a lack of discernment, lack of experience, deceiving either their self or audience, or all of the above.

Read their stories.  While there is the caveat that many pagan sources were not written by pagans for religious purposes, the myths teach a lot about the culture’s beliefs and values.  Stories can say a lot about who they are, and how a god/dess gets along with other members of their pantheon.  In Polytheism, gods all have relationships to each other.  While I don’t believe in fighting the battles of the divine for them, it is good to be mindful of who plays well with each other and who you might want to consider setting up altars in different rooms for.

Do take the stories in context of when they were written and the societies they came from.  Stories serve a function in society to teach values, but the translation process also means there has often been a Christian gloss put on them.  Also, stories can have an emotional or spiritual truth without being literally true.  That being said, if a god/dess committed an act in the stories that you know is a no go for you, it is best to avoid working with them.

Understand Their Worship, Both Ancient and Modern

There are many gods that are not well known in the modern world, and will require more research.  Or there may not be any stories of them at all.  Understanding how worship was done in their society is helpful for a general guide.  Greco-Roman societies had a priestly caste that was devoted full time to conducting elaborate rituals, and there were rituals about even being in the temples.  Norse families usually had statues on their home altar.  Celts were somewhere in between.  These will give you clues as to what kind of formality is expected, or in general what kind of offerings to give.

Don’t take it too far and be afraid of being smoted if you aren’t completely correct.  As a beginner, they will be far more forgiving if you approach them with respect.  The offense would be if you knew better.

Many popular gods have blogs dedicated to them, social media sites, or devotionals published.  Reading the writings of modern worshipers will tell you what they like now.  Search for a sample ritual to contact that particular deity, but triple check the source.  If possible, try to contact a devotee you know and speak with them about how to introduce yourself.

A lit candle, a small offering of a cup of water, and a prayer can go a long way.  Don’t make promises you aren’t going to be able to keep in the long haul, but don’t be afraid to start with small but regular acts of devotion.  These can be as simple as a candle and a prayer, giving thanks, and acknowledging them.  While there will be a later post on building your altar, you don’t need all the bells and whistles to reach out.

One of the wonders of Polytheism is there are so many gods.  As long as you are respectful and accept their boundaries while enforcing your own, it is rare to have a problem when worshiping multiple gods.  There may be a handful of pagans who worship only one of the many gods (Henotheist), but they are a minority.  Although be very careful when invoking more than one god in a ritual.  You want to make sure everyone invited to the party plays nice with each other.

You Can Have different Relationships With Different Gods

When driving in rough conditions, I ask Manannan Mac Lir to open the way to arrive safely at my destination.  That is the limit of my worship of him, and I have no altar dedicated to him.  I worshipped Danu intensely for a time, but that relationship fell away (although I am debating reaching out to her again).  I have one god I love dearly who is important to me, and our relationship is the newest of the gods I worship.  Like any relationship, divine relationships can change over time.

You don’t have the same relationship with your psychologist as you do with your Yoga instructor or Mother.  Likewise, each would paint a very different picture of you if asked.  Gods are complex and have multiple aspects, which is part of how people can have different experiences with the same entity.

“Work with” has become the standard language when Pagans talk about the gods they have ongoing relationships with.  I think there was a shift away from worship/devotee because those imply subservience.  What kind of relationship you want with your deity is between you and them.  It may be ultra formal or informal, close and intense or occasional and casual, but it is no one else’s business.  (Unless you are violating someone else’s sovereignty, or being cruel to an animal, or violating a law.) Like other relationships entered out of choice, it should bring joy.  Pagans worship a god because we want to, not because we feel obligated to in order to prevent something bad or in the hopes of getting some reward.

I hope this is useful to anyone starting out. I do have outlines for future topics, but if anyone wants me to clarify or go into depth on anything please comment below or contact me.