Overturning Roe is Not About Abortion 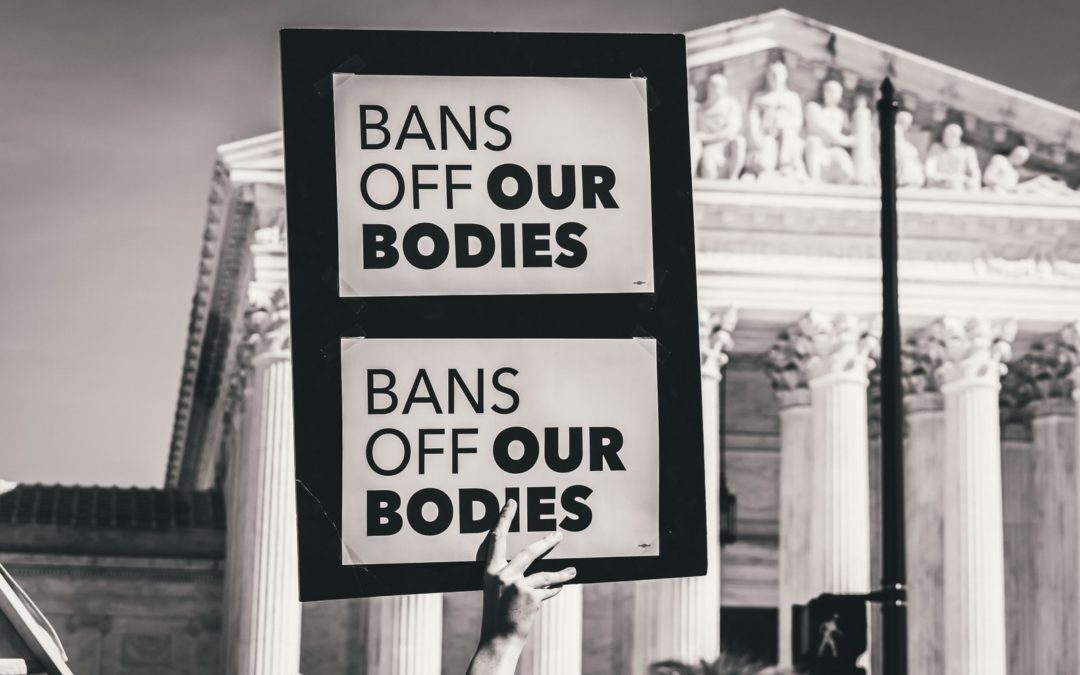 The news that Roe vs Wade was overturned was a gut punch. There is rightly plenty of discussion about what the consequences of restricting abortion and the legal mess this puts doctors in. But like many issues around abortion, the focus is so much on abortion itself the legal framework is not being scrutinized.

It was succinctly put in an MPR show, where a legal expert said the ruling was not looking at the 14th amendment, but at the year 1868—if this law had been brought before a court in 1868, would it have been upheld? The answer to that is no. Which is completely forgetting that stuff has happened in the 150+ years since then. We are not the same country as in 1868. We are an industrialized nation with far more complex technology, infrastructure, and economic tools. Our population is far greater than it was in 1868.  All of this requires more complex laws, a more complex bureaucracy to administer them, and more resources to ensure those laws are followed. Our society has changed. We do not think getting married at 16 is ideal, and more than a grade school education is needed to get a job.

I personally am glad it is not 1868. I enjoy being able to have a credit card in my name, watching videos on the internet, and being able to get awesome poke bowls at my local grocery store. Having doctors who wash their hands and sterilize their instruments between patients is pretty good too. Even with all the current problems, I have to admit there isn’t a historical time where I feel the good they had outweighed not having something we have today.

What Roe did was set a minimum standard for states. Since the New Deal the federal government has acted to rein in the states, and enforce minimum standards in issues other than abortion. Jim Crow only happened because the Federal government turned its back on the South. It only stopped when action was taken at the Federal level—not the states. This Supreme Court has been ruling against all attempts to stop states from creating a fundamentally uneven playing field—on voting rights, voting district maps,  and appeals of death penalty convictions. Roe is the biggest domino to fall. More will probably be brought down until originalists are stopped.

Not all local governments are created equal. If a local factory is polluting the local waters, the government that relies on their taxes to thrive has no interest in telling them to stop. Factories are rarely built in Beverly Hills, so chances are good the people who are experiencing that pollution are part of a marginalized group that doesn’t have nearly the same access to power. Dominating local politics when you have a flood of cash is definitely doable, even up to the state level. The EPA acts as a check, an agency that can do lab testing, research, and not be beholden to the local polluter. Have they made mistakes? Yes, but a flawed check is better than no check. Mistakes can be learned from, government records are far easier to get a hold of than private business records, and when voting is accessible and maps fairly drawn people can be voted out. The question to ask, if the federal government was not doing this work, who would?

Heather Cox Richardson said it best—it is easier for business leaders to take over a state than the federal government. Yes, our government is flawed. It is run by people, and people are not perfect. Yes, bureaucracy makes mistakes, and is terrible to deal with. But what should be done is to improve the institution rather than get rid of it. A good person within a bad institution can do very little. A bad person within a good institution can be stopped if the institution is working. Mediocre work in a good institution can do a lot of good. Americans are so focused on the individual, I think we forget to look at systems in place. Creating and maintaining good systems is going to be the best investment in the long run, and will do much more than trying to change a few people.

No one should die from a pregnancy complication that would have lived if they were in a state with better abortion access.  How clean the local water is should not be because of the state they live in. The quality of special education services a child receives should not be based on their zip code. State’s rights only serve to turn us into a third world country, where the system works for people with money but not for anyone else.

Because abortion is an emotionally charged and nuanced issue where in truth there is no good outcome, only a less harmful one, it was the easiest to rally supporters for overturning precedent.  The lie that overturning Roe is to save babies manipulated people to make the changes needed to put this breed of conservatives in power. The “by any means necessary” mentality within the pro-life movement has always scared me, but an editorial I read hit it home. The idea that everything the presidency of 45 did—war on any institution meant to keep the lights on instead of bowing to presidential whims, intimidating election workers so many quit, treating our allies like enemies and enemies like friends, pulling every lever to maintain power by force and almost succeeding on January 6—that all was worth it because it brought down Roe.

My fear is that the Supreme Court shows no concern with spending its political capital. It seems like the justices are in a hurry to make as many sweeping changes as they can. It is almost as if they think a backlash is coming and they won’t be in power long. I believe in the idea of the Supreme Court, a neutral non-partisan body that looks at the law and decides if it holds to precedent and the values of our constitution. There have been court decisions I haven’t liked, but understood, especially when listening to legal scholars put them in context. A law meant to do good can be written poorly. A law which I may not agree with can be written well. There is always a tricky middle ground with writing any law. You don’t want to be so narrow that it is almost useless, or so broad it is applied differently than it was intended.

But I have lost faith that the current Supreme Court is that body. The nightmare scenario is states will start saying “F*% You!” and ignore court opinions. After all, the Supreme Court has no army to uphold their rulings. Once the genie is out of the bottle, it isn’t going back in, even if there was a far more sane court in place. Which means one of the checks in the balance of powers will be lost. I can’t help but wonder if that was the plan all along.