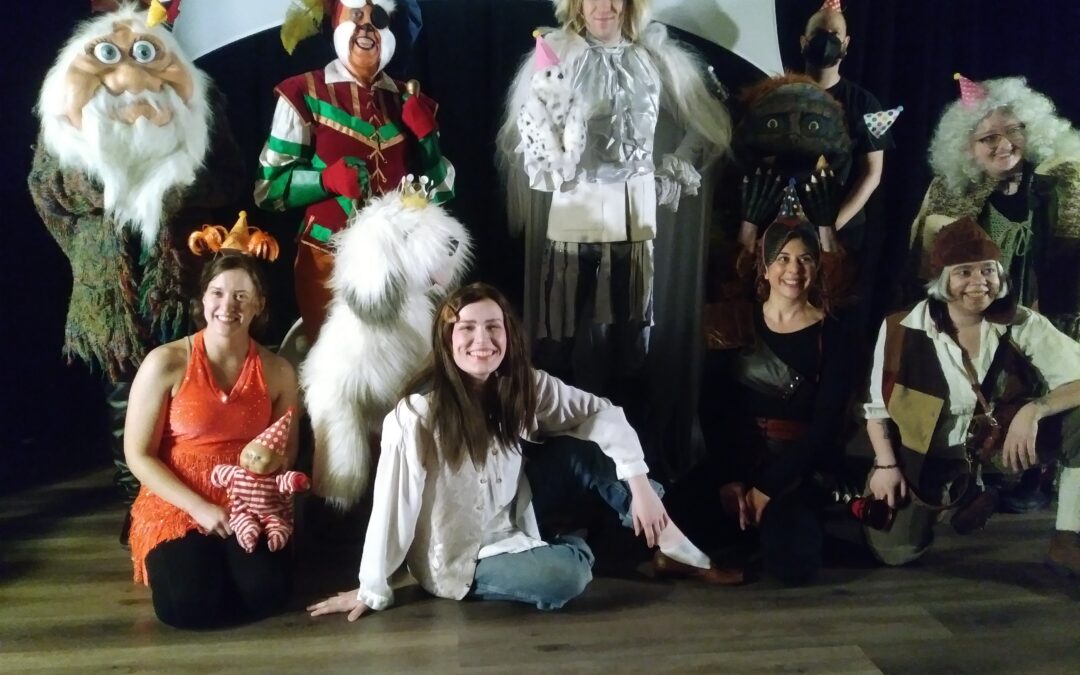 The Labyrinth (for those who don’t know) is a movie done by Jim Henson from 1986. Teenager Sarah accidentally summons the goblin king Jareth, who takes her baby brother. Sarah then has 13 hours to complete Jareth’s Labyrinth and rescue her baby brother, before he becomes a goblin. Along the way, she meets magical creatures, both friends and foe, and must use her intuition to solve riddles and puzzles.

This is the first time I have seen a Shadow Play, where actors dress up as the characters and act out the movie while it is being screened. I have seen the movie 100 times. This was a fun family friendly activity put on by NerdDoms Universe.

The Wee Dictator had a blast, I think because there was audience participation. For children who have a problem sitting still and being quiet, a shadow play gives them the chance to talk and be active during a show. Or maybe the Wee Dictator was learning how to be an autocrat from Jareth. The Wee Dictator did throw rocks at the actors playing Sarah and her friends instead of the goblins during the rock fight at the end.

The theater is small, so I would recommend arriving early. For concession it is basically chips and pop. It is also Minneapolis, which means enjoy the quest for parking.  They do have a ramp, but accessibility might be an issue because it is an older building.

I had a hard time trying to figure out what to pay attention to, but ended up focusing on the actors because I have seen the movie so many times.  It was really theater at its best—the actors in costume and makeup, interacting with props and set hands in fun ways so you have the illusion of a landscape. I was impressed that they did so much with so little. Overall, the time was a blast, and I had an excuse to sing along with some of my favorite songs from the movie I have memorized.