War in Ukraine: Flawed Democracy is Better than Autocracy 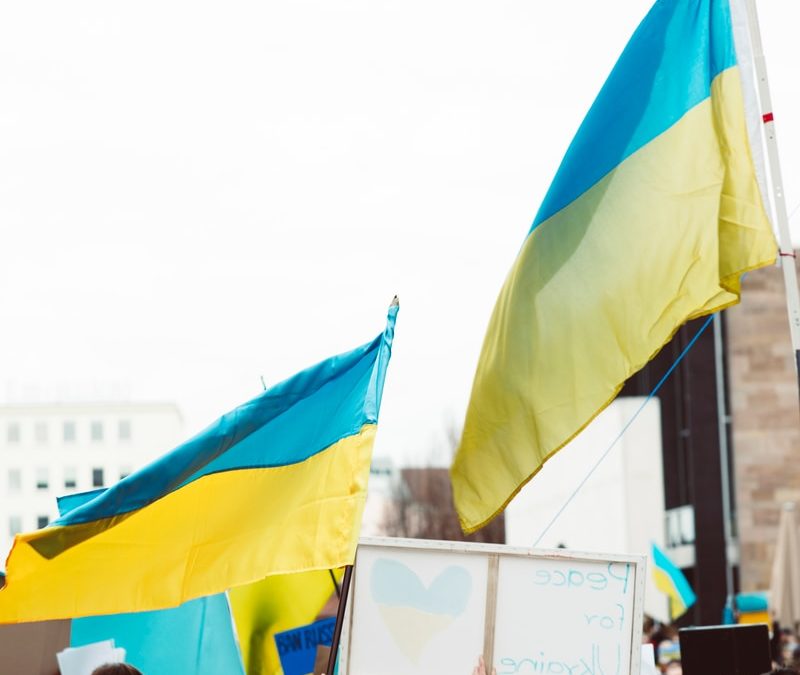 This week, Russia has invaded the neighboring country of Ukraine. My heart goes out to the brave citizens of Ukraine who continue to resist.  May the gods of the Ukraine protect their people.

Because of a Strong Man who is not accountable to his people, Russia and Ukraine are at war. This is no defending territory, the war is bullying with tanks plain and simple. There will be lives lost, and many consequences for years to come. In the last few years, there has been a rise of “strong men” around the world, and more people in the United States openly admiring them.  This has left me very troubled.

I do see some of the appeal of the strong man. They get things done. They promise to bring order, and often rise to power in times of chaos or unrest. If you belong to a group Strong Man is concerned about, life usually improves. One person, the Strong Man, is in charge, and that is clear.

The question is always is what they get done a good idea, done well, or the most important thing to be done.  In an autocracy, there is no chance to say ‘”We do want economic development to improve our standard of living and modernize, but clean water is a plus too…” The other question is the groups the Strong Man doesn’t care about. What happens when you are on the wrong side of the Strong Man, with the resources of their government behind them?

From the outside, an autocracy looks clean. No messy debate. A decision to do something and it gets done, without any of that trying to reach a consensus. But the skill of autocracy is making what it does look good, even when it isn’t. Good ideas can be done poorly. Bad ideas can be recognized as bad, and stopped before they are too far along. No one person can be everything, and often a good leader in wartime is a terrible leader in peace time. To believe in a Strong Man is to place trust in one fallible human being with no guardrails upon them.

Democracies are messy. They are slow. They are inefficient. They have to be, because that is how democracy achieves greatness.

The way it is supposed to work is people vote for a representative to lead them. That representative is being paid and given authority to allow them to focus on running the government. If an issue comes up, they have the time to research all possible solutions, can access information, and speak to people working within government who work with the problem or have experience with it. Then when a law is proposed, the bill is made public, so that everyone who is going to be effected by the law has a chance to speak with their representatives and explain how it will effect them, or why they are for or against it. Experts can come in and testify in hearings and help shape the law to be the best solution possible. It is then debated by the elected representatives, who analyze and decide if the gain is greater than the price.

This is always going to be frustrating slow. I once had a Social Studies teacher tell the story about a factory in his neighborhood that released chemicals that made people sick. His neighborhood started a petition and ultimately had the emissions outlawed. The process took two years.

Yes, we all know examples of when this process was not followed. Laws were passed in haste without the lawmakers who are supposed to look at every angle fully understanding them. Amendments are tacked onto bills that don’t get read. Not every person elected is working in good faith for the best interests of their constituents. Lawmakers listen to those with deep pockets over those with expertise. Not everyone has a seat at the table.

But just because democracy is flawed doesn’t mean we give up on it.  When the government screws up, the more open the government the more people are going to find out. FOIA requests can be made, people can look at the text of the law and see where it was phrased poorly, lawmakers can be asked about the law, and hearing minutes can be pulled. A Strong Man will blame some person and execute or exile them when there is a problem that can’t be hidden.

People are people. They make bad decisions for many reasons. In a democracy, a law that is bad can be amended or repealed. A representative that made a terrible decision can be voted out of office.  New laws can be made. Court challenges can be done. On the flip side, what people want and what people need aren’t always the same thing. People may think a law will do good, and not recognize that it is terrible for another group.

Nothing in this world is perfect. Any government made by people has its flaws. But the flaws of democracy are much better than the flaws of autocracy.

In an autocracy, if a mistake is made there is no repeal. Greater harm is done because someone refuses to see the harm they have done. Everyone has blind spots, and a government run by one person won’t accept other people pointing out those blind spots. It can be great to be the in crowd, but everyone else has to live with the knowledge their world could change in ways they can’t control based on a whim.

Peace under a bully is false. Issues simmer below the surface without being worked out, because one side is crushed. Bringing problems to the surface and discussing how to solve them is going to be uncomfortable for those who never saw the price before. But without discord, the problem will not be confronted, which is the first step to solving it.

As frustrating as it is to have a government that moves slowly, when laws are changed quickly it causes harm. The worst decisions of the American government in the last few decades were made in haste, during emotional times.  Sometimes you do need to step back, and ask what the long term consequences are.

Saying our Democracy is not functioning well is different from saying democracy doesn’t work. If anything, what we need is more democracy. Which means everyone at the table, people debating in good faith, and weighing every option as we attempt to make our country better. To quote Langston Hughes:

America never was America to me, and yet I swear this oath– America will be!